This story contains graphic images that may be disturbing to the readers. Reader discretion is advised.

Muharram is the first month of the Islamic Calendar. It is one of the four sacred months of the year. The tenth day of the month is called Yaumul- ‘Ashura. This day is well known because of the historical significance of the Battle of Karbala. While Shia Muslims consider “Muharram” to be a sorrowful occasion, Sunni Muslims observe it as a festival and look at ‘Ashura’ as a happy day though the religious aspects remain intact. On Ashura, the devoted Muslims assemble and go out in large processions. They parade the streets holding banners and carrying models of the mausoleum of Hazrat Imam Hussain and his people, who fell at Karbala. Some Shia sects observe ‘Ashura’ by beating themselves with chains in public, cutting themselves with knives and sharp objects, and holding mournful public processions. This is an expression of their grief on the death of their favorite leader Hussain, considered to be the representative of Allah. Like in other cities, the Muslim communities in Kolkata hold such sorrowful processions in the “City of Joy”. Below are the few glimpses of that mournful parade walking through the streets of Kolkata.

Women with their kids waiting on the pavement to watch the mournful procession in the morning of the tenth day of Muharram.

Water and juices being served to all, free of cost. This is one of the rituals followed by the Muslim people during the procession.

A kid carrying a white flag, the symbol of peace, in his hand.

People of other religions touch the holy flags being carried in the parade on the day of Ashura.

Shia Muslims Shia Muslims consider this a day of sorrow. In a frenzy of grief, they chant “Ya Hussain”, wailing loudly and beating their chests.

Beautifully decorated white horses are included in the procession. They serve to bring back the memory of the empty mount of Hazrat Imam Husain after his martyrdom. Such a horse in the procession is being fed by a Hindu woman.

A person, wearing a black dress to commemorate the tragic history of the day, helping his son in balancing a 20ft tall flag in the Muharram parade.

Hundreds of spectators from all religions watching the parade as it passes through the streets of Central Kolkata.

A vendor selling paper-windmills as the parade passes by.

Muslim women wearing black burkhas taking part in the procession. The color black is regarded as the color of mourning.

Muslim men carrying a sacred mausoleum, decorated with cloths and flowers, on their shoulders in the procession.

A Muslim man and his son wearing white dresses soaked with blood walking in the parade.

Girls and women from other religions crossing underneath a holy mausoleum being carried in the procession. This act is believed to bring fortune and good luck.

The horse’s feet are washed with pure milk by Hindu women to worship the holy horse.

A flag-bearer lighting up his bidi during a short break as the procession moves forward.

A young Muslim boy hitting himself with a bundle of sharp knives.

Rose-water being sprayed on the wounds caused by the constant hitting with the knives.

A Muslim devotee, already wounded, hitting his back and head with sharp knives in public.

A 10-year-old boy is seen as he hits himself with sharp knives.

A Muslim man being watched hitting himself with sharp knives.

Young Muslims are seen as they hit themselves with sharp knives. This is an expression of their grief on the death of their favorite leader Hussain.

The mournful act of the Muslim devotees being watched by the crowd. The mourners walk barefoot on the road and hit themselves with sharp knives or blades.

Kids along with the adults taking part in the act of hitting themselves with knives to commemorate the tragic history of the day.

The man, possibly the father of that kid, guiding him on how to swing a bundle of knives on his back.

Muslim women watching the mournful event. The sorrow, the pain, and the grief can be seen in their eyes too. 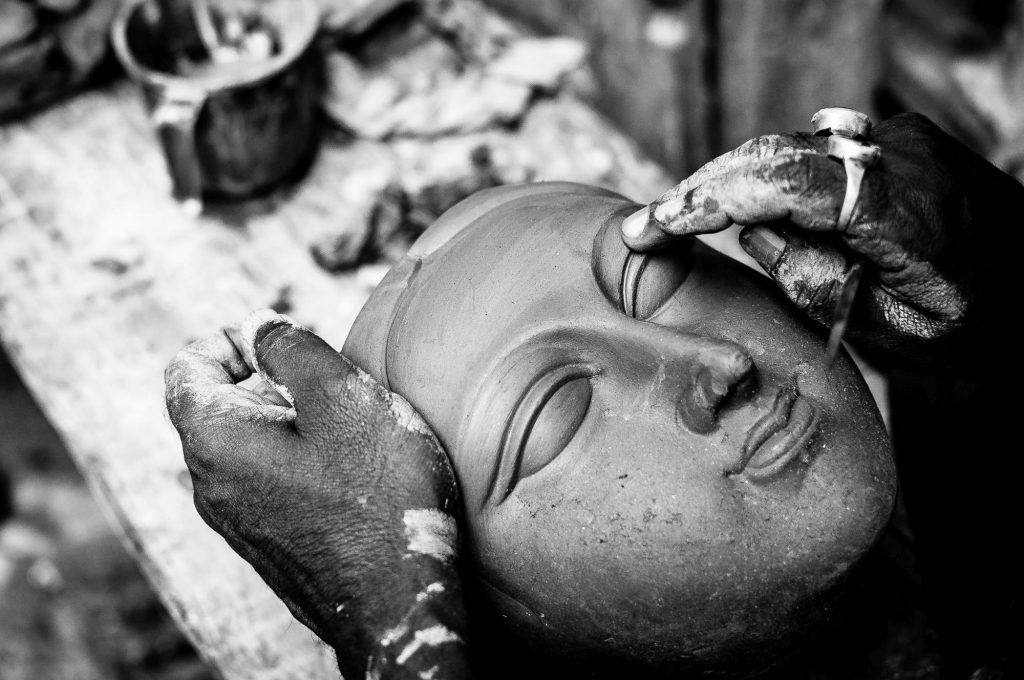 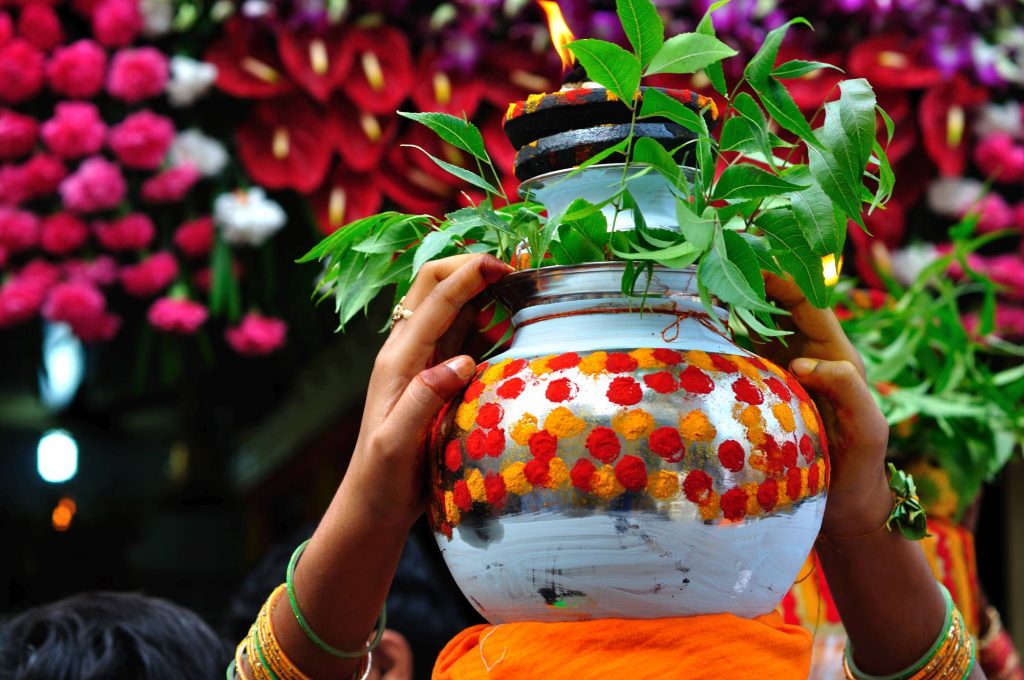 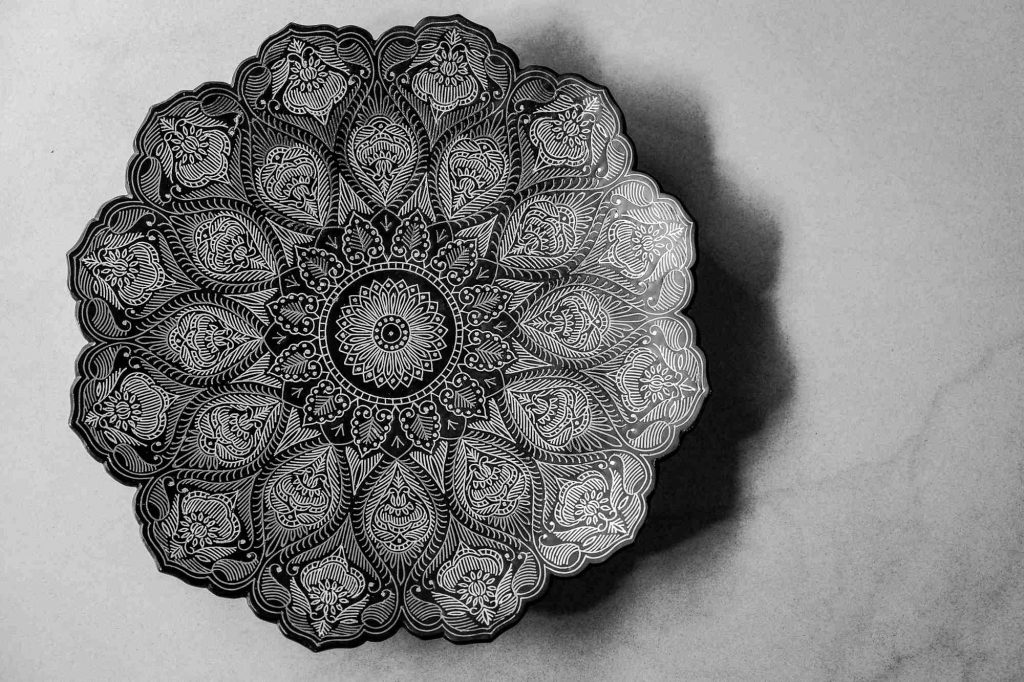 A Tale of Soil and Silver